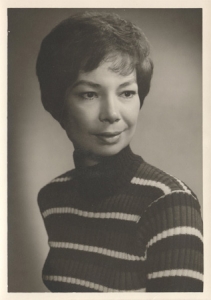 Billie June (Dick) Hogan, 84, was born to the late Elizabeth Pauline (Howard) and William Willard Dick in her beloved Buhl (Boise) Idaho in June, 1935. Billie grew up with two sisters, Betty Jean and Patty Ann in a western region that remained a big part of her. She met Harold (Hal) Hogan Jr., married in February 1953 in Cheyenne, Wyoming and moved back to the Philadelphia area, where they settled in their new home in Boothwyn, PA (1959) and raised their family. Billie later relocated to Delaware where she worked and lived until 1993, when she moved to rural Elkton, MD. She loved her Maryland home and was very happy with her gardening and much-loved kitties.

Visitation and burial will be private. The family wishes to thank Calvert Manor Nursing Home for their loving care over the last few years of Billie’s life. They also wish to thank Season’s Hospice for the personal, and very special attention they gave to her. In Lieu of flowers, donations in her name can be made to Lolas Landing Animal Rescue in Rising Sun MD (www.lolaslandinganimalrescue.org