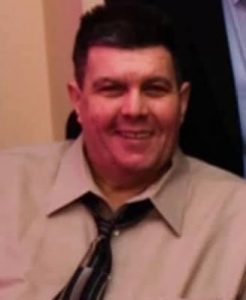 Christopher Ward, 54, of Aston, PA passed away on Wednesday, August 11th. He was born in Chester to Charles and Ursula Ward. Chris was raised in Aston where he was a graduate of Sun Valley High School with the class of 1984. Chris was employed throughout the years at both Kimberly Clarke and Boeing. He was a member of the Green Ridge Recreational Club, American Legion, Post 926, as well as the Upland and Lenni Athletic Clubs.
He was an avid sports fan and especially loved the Pittsburgh Steelers. He also enjoyed watching the Little League World Series. What he enjoyed most was spending time with his family and friends.
He was predeceased by his father, Charles F. Ward (1992). He is survived by his mother, Ursula Ward; sister, Ursula Krausse; nephews, Donald and Brandon Krausse; many cousins.
His funeral service will be held on Thursday, August 19th at 11:30am at the Joseph A. Ward Funeral Home 1459 Market St. Linwood, PA. Friends and family are invited to call from 10-11:30am. Burial will follow in Lawn Croft Cemetery.