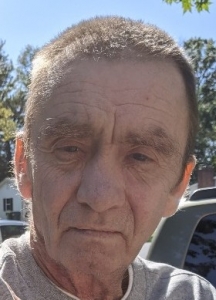 Dominic S. DeVito, 63, of Upper Chichester passed away on Thursday, March 11 at Doylestown Hospital. He was born in Chester to the late Andrew and Joan DeVito. Dominic was a graduate for Chichester High School. He later went on to serve his country as a member of the US Army and the National Guard. He enjoyed spending his time fishing and crabbing. He was also an avid football fan.

In addition to his parents, Dominic was predeceased by his brother, Andrew DeVito. He is survived by his brother, David DeVito (Gail); sister, Carmella Claycomb (Roger); sister-in-law, Tina DeVito; Long-time companion, Bobbi Cox.
His Memorial service will be held on Thursday, March 18th at 7:30pm. Friends and family are invited for visitation from 6:30-7:30 at the Joseph A. Ward Funeral Home 1459 Market St. Linwood, PA. Burial will be private.