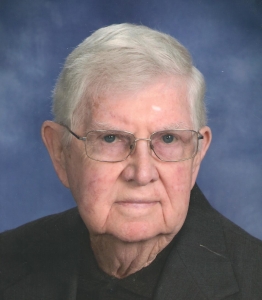 Earl T. Johnson, Jr., 92, of Glen Mills passed away on Thursday, March 7th at Glen Mills Senior Living.  He was born in Ridley Park and was raised and educated in the Sun Village section of Chester.  Earl was a graduate of Chester high School with the class of 1944.  After school, he enlisted in the US Navy where he served in the Pacific Theatre of Operations.  Earl was a machinist for the Sun Oil Company for over 35 years until his retirement in 1984.  He and his wife moved to Bethany Beach for 30 years until returning to Delaware County in 2014.  He was a man who was dedicated to his faith.  He was a long-time member of the Chichester United Wesleyan Church.  He played softball in the Chester fast pitch league for the Greenhalgh Pipiers.  He was also an avid bowler, enjoyed stock car racing, and was a member of the Masonic Lodge 236 in Chester, PA.

His funeral service will be held on Wednesday, March 13 at 11am at the Joseph A. Ward Funeral Home 1459 Market St. Linwood, PA. Friends and family are invited to call on Tuesday evening from 6-8pm and on Wednesday morning from 10-11am.  Burial will follow in Lawn Croft Cemetery.  Online condolences can be sent through www.jwardfuneralhome.com