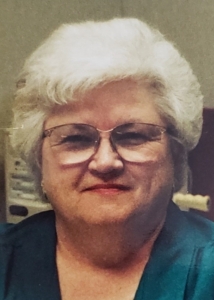 Frances M. (Ward) Johnson, 85, of Woodlyn passed away on Saturday, August 8th at Taylor Hospital.  She was born in Ridley Park to the late Francis and Margaret Ward.  Fran was a graduate of Holy Child Academy with the class of 1952.  She worked for 36 years for Sho-Aids, Inc. until her retirement in 2014.  Fran was a devout Catholic and long-time member of St. Gabriel’s Church where she taught in the Parish Religious Education Program.  She was also a former president of the Folcroft Girl’s Club. Fran enjoyed doing crosswords, watching Jeopardy, Wheel of Fortune, and watching old movies.  She was also an avid sports fan of the Philadelphia teams and PGA Tour.  What she enjoyed most was traveling to the beach and spending time with her family.

Her funeral mass will be held on Saturday, August 15th at 10am at St. Gabriel’s Church in Norwood, PA.  Appropriate facial coverings and social distancing measure will be required.  Due to COVID-19 restrictions, viewing and burial will be private.