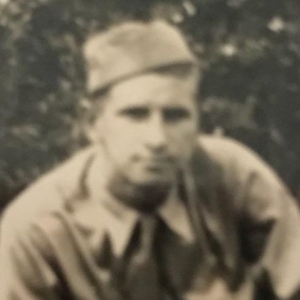 George J Brezza passed away October 20, 2019 at the age of 93 after ​
a short illness.  Born in Chester, PA. he was the son of the late ​
Peter and Mary Sims Brezza. He grew up in Linwood, PA and graduated ​
from Eddystone High School and Widener University.  He worked as an ​
accountant, tax preparer and real estate agent.  George excelled in ​
three sports in high school and later played professional baseball. ​
He served in the Army during World War II. He was an avid golfer all ​
his life and enjoyed reading, picking out a tune on the piano, and ​
rooting for Penn State football.​
​
Besides his parents, he was predeceased by 10 brothers and sisters ​
and two nephews: Paul Roberts and Tommy Soltner.​
​
He is survived by 8 nieces and nephews:  Barbara Schroeder of Claymont DE; ​
Diane Smith (Dale) of Havertown PA;  Bill Brezza of Claymont;  Fran Mulshnock ​
(Ellen) of Wilmington DE;  Robin Johnson of Frisco TX;  Susan Haggerty (Tom)​
of Fayetteville GA;  Alex Rousak of Cary NC and Jeff Rousak (Anne) of ​
Coatesville PA.  George is also survived by many grandnieces and grandnephews. ​

Friends and family are invited to his funeral service that will be held on Wednesday, October 30th at 11am graveside at Delaware Veterans Memorial Cemetery 2465 Chesapeake City Rd. Bear, DE 19701.