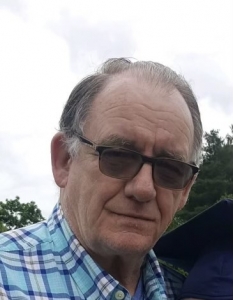 George Lester Needles Jr, 67, departed to his eternal rest on December 22.  George grew up in Aston, Pennsylvania and graduated from Sun Valley High School.  He worked as a truck driver, hauling freight all over the country, and locally in the later years of his career.

George loved Wildwood, especially playing in the arcade with his children, grandchildren, nieces and nephews.  He was a handyman, who enjoyed and assisted in many home renovation projects throughout the years.  He enjoyed practical jokes, Wawa coffee and his two beloved cats, Mandy and Chicken.

He was the son of the late George Lester and Eleanor Jane Needles, and was preceded in death by his loving daughter Dolores (Dobie) Liberato.