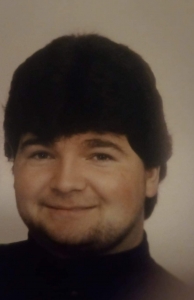 James “Bo” Addison, 52, of Claymont, DE passed away on November 4th at Wilmington Hospital.  He was born in Chester to the late James Addison and Anna Wright.  He worked for many years as a yard jockey at Refresco Beverage in Glen Mills.  Bo was also a member of the Local Teamsters Union.   He enjoyed shooting pool and going to the casino.  He also enjoyed collecting and shooting guns. Bo was an avid fan of the Dallas Cowboys.

In addition to his parents, he was predeceased by his brothers, Charlie Addison and Edward Wright.  He is survived by his wife, Nancy Addison; Sons, James Addison and Robert Dugan; brother, Frankie Wright (Karen); sisters, Rosemary Griggs (Fred), Christine Hughes, and Cheryl Downey (Matt); Many nieces and nephews.

His memorial service will be held on Thursday, November 12 at 10am at the Joseph A. Ward Funeral 1459 Market St. Linwood, PA.  Friends and family are invited to a visitation from 9-10am.  Burial will be private.