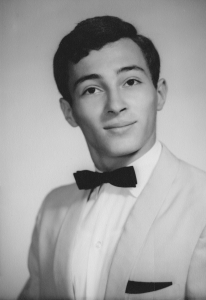 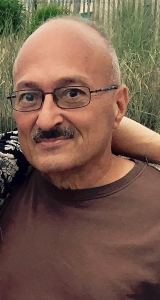 John passed away peacefully on April 9th, 2020 at the Wilmington VA Medical Center in Wilmington, DE due to complications from a sudden illness at the age of 70 years.

It is a rare gift to know a man like John, who so selflessly gave of himself to so many. He was a kind soul who possessed a big heart. He worked hard and he loved life.

Born and raised in Marcus Hook PA as the second son to Anthony J. Sciocchetti and Elizabeth “Betty” Irey, John was a lifelong resident until recently moving to Bellefonte DE.

John graduated from Chichester High School in 1968 where he played baseball and was a member of the Concert Choir and Band. He then went on to receive an Associates Degree from Goldey-Beacom College in Business Management.

After college, John served in the US Marine Corp and played trumpet in the Parris Island Marine Band where he was honorably discharged with the rank of Sergeant (E-5).

He worked as a chemical operator for Witco Corporation in Trainer, PA for 22 years and then Inolex Chemical in Philadelphia and Milliken Design Inc. in Aston before going into semi-retirement and working part time at Heubers Launch in Marcus Hook sailing the waters of the Delaware River like blackbeard the pirate as a deck hand.

He has since been enjoying the freedom of retired life, his daily walks to his favorite place-Bellevue Park and spending time with family and friends. He was a proud veteran and avid history buff.

As a father, John was the most dedicated, patient, giving, loving and fun dad anyone could ever wish for and he made childhood magical for his daughters (and honorary daughters) who will be eternally grateful for the privilege of calling him Dad. As a grandfather he was equally loving and extra patient as he was always able to look at the world through the eyes of a child and made each one of his grandchildren feel special.

John had a great appreciation for the simple things in life, the things that truly matter. The beauty in nature, the sound of the ocean, a backyard barbecue, watching an Eagles or Phillies game, fireworks on the 4th, good music, a hearty laugh and above all family and friends. He was a beloved member of the community as he made friends and connected with people wherever he went. He truly cared for others and made them feel that they mattered, always offering a comforting word and a helping hand.  He knew that people were most important in life over any material possessions and passed those values down to his daughters and grandchildren.

John was preceded in death by his father Anthony, his mother Betty and his brother Mark. He is survived by his daughters: Sheila (Dan) and Laurie (Chris) that he shares with his former spouse and friend Linda Marroni (Sullenberger) along with the extended Marroni/Sullenberger family , his grandchildren: Ava, Jace, Danny and Oliver, his 3 nieces and nephew, cousins and their spouses and his lifelong friends that he considered brothers.

All those that loved John will keep him close in their minds and hearts.

A “Celebration of Life” will be held at a date to be determined where all that love him can gather and share their wonderful memories of John.

Memorial donations in John’s memory can be made to the Arbor Day Foundation or the Delaware State Parks Memorial Tree Program.