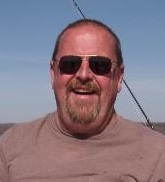 Malthorpe A. McInnis, 65, of Garnet Valley, Pa passed away on November 10th at Riddle Memorial Hospital surrounded by his family.  He was born in Chester and raised in Ogden where he attended the Chichester School District.    Mal was a veteran of the United States Navy.  He worked as a Merchant Marine, a truck driver and he also owned his own tile and marble business.

He enjoyed fishing, boating, watching NASCAR and cooking.  Mal was often found relaxing by a fire or floating in his swimming pool.  What he enjoyed most was spending time with his family, especially his grandchildren.

He was predeceased by his son, Malthorpe McInnis; father, Malcolm McInnis.

His funeral service and burial will be private.