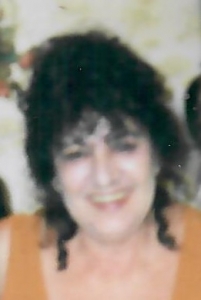 As Marie’s services are private during these pandemic times, our family would like to share the eulogy of our family’s Shining Light, our Center, our Heart.

Marie was born in Chester, PA in 1934 to Connie and Samuel DiDomizio.  During her formative years she lived on a farm in Michigan where she fell in love with horses and riding.  She was thrilled as a young girl to go to the big screen theater and enjoyed good movies all her life, as well as all the old-time movie stars. She said “if I had it to do over, I’d love to be in show business”.   Listening to Marie’s childhood recollections of growing up during the war, and of her beloved Mother’s war-effort work in the factory, was always such a fascinating first-hand account.

As a divorced and single Mom, during a time when there were no resources or protections for women, she was a hard and tireless worker to provide for her family.  She worked at the manufacturing companies of Ship N’ Shore, Fibre Metals, and Alden Rug Company.  Her last employment which she “loved, because she could walk to work”, was retail at Marcus Hook Hardware.

For many years, until the time she no longer could, Marie was an accomplished bowler with her long-time companion, Ralph Lanza who predeceased her.  She loved her dog, planting flowers, going out to dance on occasion, sewing and cooking.   As recently as a few months ago she cooked her last pot of chicken soup which really did soothe your soul.

She was very close to her brother Ronald Skrumbellos who predeceased her.  She treasured her visits with him in Florida and the beautiful thoroughbred horses he raised.  She equally treasured her time and conversations with his wife Lori, which continued through the years to the present time.

Marie was a true Eagles fan and she rarely missed an Eagles game.  She especially liked scratch off tickets and the time spent at the slot machines because “you don’t think of anything else when you’re there”.  She was devoted in her concern and prayers for veterans and children.  She faithfully donated to the VFW, St. Jude’s Hospital, the Catholic Church and missionaries, and would become very concerned if the envelopes were not taken to the post office promptly.

While private and humble, Marie was a memorable person.  Whether you were young in age or old, a long- time or new  friend, acquaintance, or professional, all enjoyed Marie’s company, conversation and insights and made it a point to tell us. Even when we bumped into someone ten years down the road, they would tell us how much they liked her, and what a good person and nice lady she is.

Meme, as she was affectionately known by her immediate family, liked the simple things in life. She was fun and generated a lot of laughter. She lived that “you make your own fun if you have to” and was never bored because you “occupy yourself however you can”. During the past year with her new buddy “Alexa”, we would laugh so hard at her outlandish questions to Alexa, and then her scolding Alexa for not responding or answering correctly.

Always, always, first and foremost, Meme was devoted to her family.  No matter what the work or sacrifice, she was there for all of us.  For many years, due to the circumstances at the time, she raised her grandchildren, Bobby and Stevie, as though they were her very own children.  She lovingly provided for them in every way possible –  all of their day to day needs, education, social functions, and faithfully attended and cheered them on at their sporting events.  Most importantly, she always nurtured and comforted them, and provided them with security and unending love.  They are so grateful for her sacrifice, and to have had such a wonderful Grand “Mom”.

Especially difficult for her in her late 60’s and 70’s, was caring for her newborn grandson, and his precise medical needs, in order to save his brain from his congenital disease. It was emotionally very hard and painful, for her to have to give injections to her tiny grandson, but she forced herself, she stepped up where no one else would, and was loving and diligent in his care. She helped him with his homework from kindergarten to middle school, resulting in mainly As on his report cards, his brain intact.  Marie’s daughter is eternally thankful to have had her, and for the sacrifice she made.

She absolutely adored her young great grandchildren and treasured the times she could see or talk with them.    Despite all the physical pain and change of old age and illness, Meme would push herself to complete any household task she could.   She gave new meaning to the phrase -Just Do It.   Meme wanted to live as long as possible because she “didn’t want to leave her family”.

A woman of unwavering strength, perseverance, and faith, not religion, she was devoted in her faith and belief in Jesus Christ.  She considered herself to be truly Blessed by God.  For as long as can be remembered, Meme read scripture and prayers.  She faithfully listened to the TV evangelists and was especially drawn to John Hagee.  Meme had a notebook wherein she wrote prayers to the Angels and recorded the Angels answers, including if the Eagles would win or lose.

Meme was our heart and soul, the glue that held us together. She was mother, father, provider, protector, helper, handyman, counselor, nurse, spiritual leader and our biggest cheerleader.  Meme rose to all the difficult and brutal challenges of her life with strength and courage, dignity and grace, and equally celebrated all the joys of her life.

She was our source of inspiration and admiration.  Her unconditional love, her calming, reassuring works and her words of wisdom and commonsense, of hope and promise, made her our very best friend. Her strong presence will be with us the rest of our lives.  She was a true gem of a human being, the likes of which we will never know again.

Thank you for reading and remembering our family’s Shining Light. 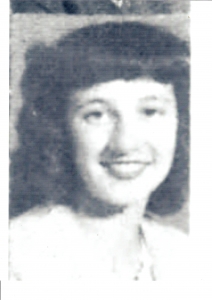