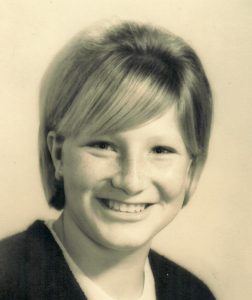 Mary E. Yannuzzi, 69, of Cochranville, Pa passed away on Tuesday, October 5th at her home.  She was born in Chester to the late William and Glennis McClain.  Mary was a graduate of Ridley High School.  She worked for many years as an LPN at Riddle Hospital until her retirement.  Mary enjoyed traveling, especially with her late Husband, Wally. She also enjoyed playing bingo and doing Sudoku puzzles.  Family was most important to her.  She loved to spend time with her children and grandchildren.

Her funeral service will be held on Tuesday, October 12th at 12pm at the Joseph A. Ward Funeral home 1459 Market St. Linwood, PA.  Friends and family are invited to her viewing from 11am-12pm.  Burial will follow in SS Peter & Paul Cemetery.