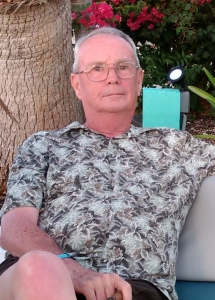 Paul D. Willard, 70, long-time resident of Chester Township passed away on January 11 at Riddle Memorial Hospital.  He was born in Chester to the late William E. Willard and Elizabeth Monhollan Willard.  Paul was a graduate of St. James High School and later went on to graduate from Penn State University and Delaware Technical Community College.  He was a police captain in the Chester Police Department for many years until his retirement.

In addition to his parents, he was predeceased by his daughter, Aimee E. Willard.  He is survived by his wife of 29 years, Jacqueline (Arcuicci) Willard; children, Nancy E. Willard (Chris) of Exton, PA, Timothy E. Willard of Lockhaven, PA, and Brandon M. Arcuicci-Willard (Janet) of Holt, MI; brother, William E. Willard, Jr. (Debora).  He was the beloved Pop-Pop of Maggie and Molly Willard, and Gavin Willard; many nieces, nephews, and in-laws.

Due to current restrictions, a celebration of life will be held at a later date to be announced.  Donations in his name can be made to the Valor with Integrity Program (Viper) for emergency responders c/o Mirmont Treatment Center 100 Yearsley Mill Rd. Media, PA 19063.