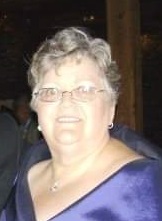 Sadly, we suddenly lost our favorite wife, mother, Granners, sister, cousin, and friend on Wednesday, October 24th.  Here are some mostly true facts you might like  to know about her.

Trina had her first fight before she was baptized.  After all, she was following Teddy, Timmy, Terry, Tommy, Todd, and Thaddeus, and therefore absolutely had to sport a name beginning with the letter “T.”  Her parents, Mary and Ted Shields, tried to convince Father McDermott, pastor of Holy Saviour since Noah built his Arc, that Trina was a Greek saint’s name.  He didn’t buy it and she was consequently named Catherine.

Trina led a virtuous life (stop laughing) because her mother dedicated her to the Blessed Mother.  Thus, she never wore pants (until she was able to out argue her mother at about six years old) and always wore white or Blessed Mother blue cute little dresses her mother sewed for her.  She was destined for holiness (quit that laughing).  “Chi Chick” was her favorite call sign and she loved being at football games or parading up Chichester Ave. in the color guard.  Trina continued to march with them until last month (slight exaggeration) when she had her knees replaced.   She made legions of friends at both Holy Saviour School and Chichester High School where she graduated in 1972.  Hundreds of them still count her as friends to this day.

She met her husband, Donald Clark, at Chichester High School and together they bought the house that sits at the edge of the school grounds.  Trina and Donald married in 1976 and had two daughters, Andrea and Ashleigh, who brought tremendous joy into their home.

Even the thought of becoming a grandmother frightens most normal women, but she couldn’t wait to become granny.  To distinguish herself from her mother (also granny) she was known as “Granners” by her two adorable, outstanding, wonderful (her words) grandchildren, Thomas and Aislinn.

Sparked by her employment at Apple Tours, Trina loved to travel.  Those who lived far away, like her favorite cousin Kathy, in Tucson, were not surprised to get a call from the airport asking for a ride.  She knew family had to accept her whether they wanted to or not.  That’s probably why she chose to knock on the Pearly Gates and yell” Surprise!”  She is now probably holding all her cats and laughing at how she thoughtfully left behind lots of stuff for Donald and the girls to clean up.  In addition to piles of unopened mail and crates of makeup, she leaves behind her brothers, Ted, Terry, Tommy, and Thaddeus and their spouses and children.  She didn’t have a chance to say goodbye to the hundreds of cousins she loved yukking it up with, or the legions of friends she enjoyed leaving sarcastic comments to on Facebook. She will sure miss Facebook and Facebook will sure miss her.

In lieu of flowers,  please send a donation in her name to the American Lyme Disease Foundation,  PO Box 466, Lyme, CT 06371.  Her viewing will be held on Tuesday, October 30th (mischief night)  from 8:30-10:30 am in St. John Fisher Church 4225 Chichester Ave. Boothwyn, PA.  A Funeral mass will follow at 10:30.  Burial will be private.  Trina would like you to join her in raising a glass of White Russians (or your favorite beverage), stand in front of a karaoke machine, and sing “Amazing Grace” with all of your heart.  That’s our amazing Trina.