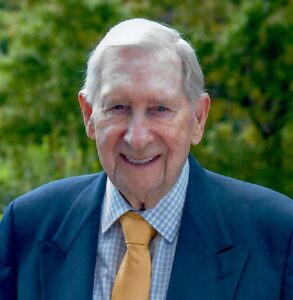 George N. Hill, Sr., 91, of Wilmington, DE passed away on September 25th, 2022 at Wilmington Hospital.  He was born and raised in Twin Oaks, Pa to the late John and Clara Hill.  George began his career as a mail carrier and also worked for Sun Oil.  Later, he became an entrepreneur owning Hill’s Auto Body, SPB Cab Company, Hill’s Salvage Yard, and the Chichester “Printz” Beverage Company.

George was a member of the Fraternal Order of Eagles.  He was also a parishioner of St. John Fisher Church in Boothwyn.  He enjoyed time tinkering in his garage.  He also liked country music, dancing, and was a fan of NASCAR.  What he enjoyed most was spending time with his family.