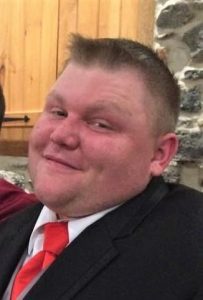 Gary R. Ferrier, 40, of Linwood, PA passed away on October 12th at his home.  He was born on September 28, 1981 to Helena Lynn Stant Dougherty and Gary L. Ferrier.  Gary was a graduate of Chichester High School and went on to receive his Bachelor’s Degree from Neumann University.  He then received a Master’s in Business Administration from Southern New Hampshire University and was currently working on another Master’s degree from Wilmington University in Elementary Education.

Gary was working as a teacher at Chichester Middle School. He also was a summer camp counselor at Marple Sports Arena.  He previously worked at Tri-State Sports until 2010.  Gary brought joy and laughter to everyone he worked with.  Gary was known to be a loving, gentle, kind-hearted, and generous son, brother, grandson, nephew, uncle, and friend to all who knew him.  His passion was coaching baseball and basketball.  He coached for both the Chichester Baseball League and the Aston Valley Little League.  He was an avid sports fan especially of the Philadelphia Phillies and the Green Bay Packers.

His funeral service will be held on Wednesday, October 20th at 11am.  Friends and family are invited for visitation from 10-11am.  Burial will follow in Lawn Croft Cemetery.  In lieu of flowers, donations in his name can be made to your local juvenile diabetes foundation.