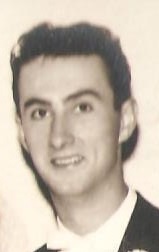 Kenneth R. Murphy passed away on Tuesday, August 27th.  He was raised and educated in Linwood to the late James and Jane Taylor Murphy. He was a graduate of St. James High School. Ken was a veteran of the United States Army with whom he served during the Korean War.  He was retired from the Sun Oil Company after 35 years of service.  He served as a football official for over 40 years, refereeing many high school and college games.  Ken was an avid fan of Notre Dame football and the St. Louis Cardinals baseball team.

In addition to his parents, he was predeceased by his wife, Joan Marie Murphy (2015); brothers, James, William, and George Murphy; sisters, Sadie and Anna. He is survived by his daughters, Kim Marie Gland (Spencer), and Patricia A. Valentine; grandchildren, Matthew and Nicholas Gland, and Cameron Valentine; great-granddaughter, Peyton Marie Gland.

His funeral mass will be held on Tuesday, September 3rd at 10:30am at Immaculate Conception church in Marcus Hook.  Friends and family are invited to call from 9:30-10:30am in church.  Burial will follow in St. Thomas the Apostle Cemetery, Glen Mills, Pa.