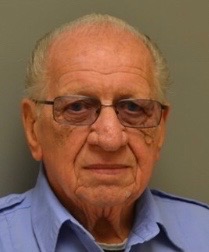 Michael Bernard, Jr., 88, a long-time resident of Upper Chichester and most recently of Brinton Manor Nursing Home passed away on May 15th 2020 at Crozer Chester Medical Center from complications of Covid-19. He was born on July 2nd 1931 on Wilcox St. in Trainer, PA to Michael Bernard, Sr. and Stella Telenko Bernard. He was a veteran of the Korean War and was also a Merchant Marine. Michael retired from Witco Chemical and Upper Chichester, where he served as a crossing guard until August of 2019. He enjoyed driving to God’s Country in Lancaster, PA. He also enjoyed making daily trips down to the river to see the ships.
He was predeceased by his wife, Edith Stulginsky Bernard; sisters, Mary DeFrank, Julia Burns, Bessie Vernon; brothers, Andrew, Joseph, John, Peter, Stephen, and Walter.
He is survived by his sons, Edward Bernard (Stephanie) of Aston, PA, and Peter Bernard (Doreene) of Boothwyn, Pa.; 6 grandchildren, Michael, Jason, Kimberly, Kyle, Kevin, and Kolin; 6 great-grandchildren; sister, Barbara Harper (Eugene) of Trainer, PA. Michael will be buried at sea privately according to his wishes. Donations in his name can be made to St. Jude’s Children’s research Hospital 262 Danny Thomas Place, Memphis, TN 38105