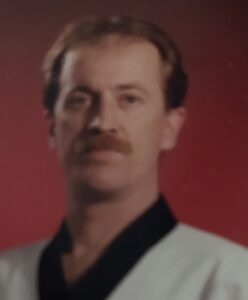 Michael J. Mortimer, 63, of Upper Chichester passed away on Thursday, April 7th at his home.  He was born in Chester to James and Lois Mortimer.  Michael attended Holy Saviour School and then went on to graduate from Archmere Academy in 1976.  After school, he went to work for his father at Mortimer Electric where he worked for his entire life.  Michael achieved a second degree black belt in Karate.  He also had a special love for his dogs.

He was predeceased by his father, James A. Mortimer; son, John Mortimer.  He is survived by his wife of 40 years, Sara Mortimer; mother, Lois K. Mortimer; brother, David Mortimer (Danielle); grandchildren, Ciarrah and Kaidyn.

His funeral service will be held on Thursday, April 14th at 11am at the Joseph A. Ward Funeral Home 1459 Market St. Linwood, PA.  Friends and family are invited to his viewing from 10-11am.  Burial will be private.