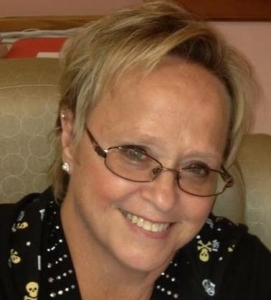 Noreen Lee (Giovenello) Murray, 63 of Glen Mills passed away on Wednesday December 9, 2020 surrounded by her husband and children.

Noreen was born October 19, 1957 in Chester Pa, the youngest child of Nora and Rocco Giovenello. Noreen grew up in a tight knit community in Marcus Hook, Pa and attended Chichester High School. Up until her death, she remained close with many of her childhood friends.

Noreen met Dave Murray when she was 13 years old and he went on to become the love of her life; they were later married on October 29, 1976.

Noreen worked for Reimbursement Technologies as a director for more than 28 years where she made many great friends whom she considered part of her extended family.

In 2009 Noreen became paralyzed from complications from a neck surgery. She endured many months of rehabilitation where she regained the ability to walk, in doing so she became an inspiration to all who knew her. She always had a smile on her face no matter what she was going thru or what pain she was in.

Her greatest loves were her eight grandchildren she adored spending time with all of them. One of her favorite things to do was watch them play sports, she attended as many games in person as she could and when she was not there in person she was always live streaming the games.

Noreen also became an advocate for Autism Awareness after her eldest grandson was diagnosed; she was passionate about spreading awareness and creating resources for research and treatments for kids on the spectrum. She supported many charities related to Autism throughout her recent years.

Noreen was predeceased by her parents Nora and Rocco Giovenello, and her brother Roy Giovenello. She is survived by her husband of 44 years, David Francis Murray, Sr.; her children Delia (Theoda) McCrimon and David (Kathleen) Murray Jr. ; grandchildren Tristan, Keira, Avery, Zachary, Jeremy, Mason, Emerson, and Maddox; her sister Mary Ellen Killian; her brother William Giovenello; and her many beloved nieces and nephews.

In lieu of flowers the family is requesting donations to one of Noreen’s favorite charities The Philadelphia Eagles Autism Foundation at https://donate.hakuapp.com/donations/new?event=017c2351a588dfcade4d