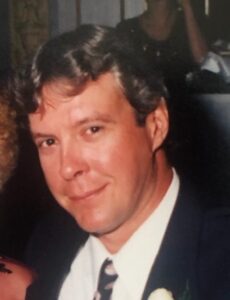 Philip E. Deery, 61, of Wilmington DE passed away on Saturday, March 26th in his home.  Phil finished his last 2 years of high school at the age of 16.  He then went on to attend the University of Delaware where he majored in engineering.  After deciding that college was not for him, he joined his father, uncles and brothers at the B & O railroad, which later became the Chessie System and finally CSX.  Phil was a trainman for many years until his health led him to an early retirement.  Phil was a big man, figurative and literally.  His heart was huge and his stature was tall.  He was incredibly generous, especially with his nieces and nephews, and his late grandson, John.  The gifts he shared were second only to the many fun times he spent with them.

Phil’s amazing intelligence and quick sense of humor made every conversation memorable. A quote from him would be remembered a day, week, or month later which would bring laughter over and over.  Phil enjoyed his time spent in his backyard pool.  He was also a daily reader of the Delaware News Journal, the Wall Street Journal, and the New York Times.  He also liked to do the puzzles in all three papers.

My loving husband Phil, you know how much I loved you and you will be devastatingly missed by me for the rest of my days.  Rest in peace with our son, John.

He was predeceased by his parents, Robert L. and Bettina C. Deery, Sr.; brother, Robert L. Deery, Jr.; step-daughters, Christine and Rosalia; beloved grandson, John who he and Maryann raised as their son.

His funeral service will be held on Saturday, April 2nd at 4pm at the Joseph A. Ward Funeral Home 1459 Market St. Linwood, PA.   Friends and family are invited for visitation from 3-4pm.  Burial will be private.